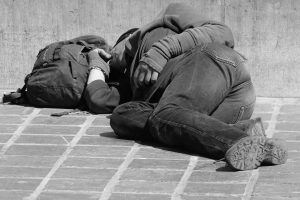 With the nights getting longer and the days getting colder, there’s no greater feeling than getting home from work, changing into your PJs and cosying up under your duvet or by the fire. Unfortunately, many people across the country don’t have that luxury. Whilst the Christmas period of goodwill brings awareness to the country’s problem of homelessness, the issues can quickly be forgotten once the Christmas decorations are pulled down and we look forward to spring. However, there is no relief for the thousands of people who are forced to face the cold day after day.

Following countrywide trends, homelessness in Norwich has risen over the recent years and is a bigger problem than ever. It is believed that 1 in every 200 people in the UK is homeless, with an estimated 307,000 rough sleepers across the country. Also, the East of England has the 5th highest number of homeless people in the country behind London, Scotland & Wales, South-east, and West Midlands. So what’s being done to solve Norfolk’s homelessness problems? Whilst the East of England ranks high for the number of rough sleepers, this isn’t all bad news. In fact, it’s believed that Norfolk (and Norwich in particular) has such high numbers of homeless people because of the great services on offer to the homeless, encouraging more rough sleepers to travel to Norwich to seek help. There are a number of charities and organisations working with the homeless to tackle Norwich’s issues, however, help for these charities is more important than ever!

The Benjamin Foundation was born after the tragic death of Benjamin Draper, who sadly passed away after a motorcycle accident in 1992. His parents, Richard and Vanessa decided to create something special to celebrate his life. Hence, the beginning of The Benjamin Foundation, in 1994. Now more than 20 years later, the charity helps people of all ages throughout Norfolk and the surrounding areas.

The Benjamin Foundation provides 8 accommodation centres across Norfolk for homeless young people, providing support and a safe place to live for 12-15 people aged 16-25 years old. They also provide multiple other services for vulnerable young people, including their Heart and Home service, and ‘The Hub’ service, both supplying different accommodation.

The team also works towards improving family relationships by working with more than 80 schools, supporting parents and their children with their emotional wellbeing and everyday issues, like funding affordable childcare through their nurseries and pre/after-school clubs.

The Benjamin Foundation also operates 5 stores throughout Norfolk and Suffolk raising money for those in need.

Each year The Benjamin Foundation helps around 2000 people by providing them with hope, opportunity, stability, and independence. 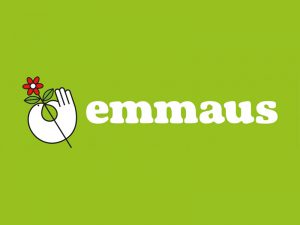 Emmaus is one of the UK’s largest charities focusing on improving the lives of the homeless. They provide a home and meaningful work for homeless people in one of their 29 Emmaus communities located across the UK. Their communities are home to 750 formerly homeless residents who work 40 hours a week to create a self-sufficient community with an added contribution and commitment from the staff and volunteers.

The Emmaus Norwich community was first formed in 2009 and is based in Ditchingham. Currently, up to 23 residents can be housed here. The companions work doing a variety of roles including, housekeeping, grounds maintenance, warehousing, and customer service. They also bring with them a world of knowledge and experience which is then shared with the community.

Emmaus Norwich also works towards giving back to the wider community. Companions regularly collect and distribute food to local food banks; distribute soup and blankets to rough sleepers, and volunteer over Christmas at a lunch club for vulnerable people.

Although a lot of amazing work is being done to tackle homelessness in Norwich, more support is needed for these vulnerable people as well as the charities that help them. That’s why Norfolk Property Online is going to donate £10 to either The Benjamin Foundation or Emmaus Norwich for every house we bring to the market this year, with the vendor deciding which charity the £10 goes to. We will also be raising awareness for both Emmaus Norwich and The Benjamin Foundation throughout the year, so if you have any ideas you think we could do, then get in touch with Norfolk Property Online! We can be reached on 01603 300900 or by email: [email protected].