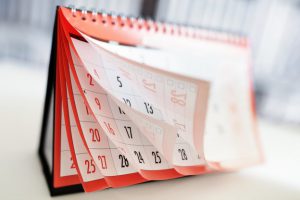 2017 is close to an end, and this year we’ve seen plenty of notable events. From the inauguration of Donald Trump to the dawn of Brexit, this year has seen some truly unexpected events. But how has the UK property market fared? We’re going to reflect on this year’s biggest events in the property market.

Whilst build-to-rent developments have been in the UK for a number of years, it has seen a huge growth in 2017 which looks like it will be increased further in the coming years. For those who are new to the concept, build-to-let developments are as simple as they sound. They are properties which are constructed and developed to be rented out on a long-term affordable basis. The most notable being the Webley Park development, which includes 5,000 purpose-built rental properties.

The biggest change to hit the UK property market in 2017 comes at the end of the year and was the abolition of stamp duty tax for first-time buyers on properties up to £300,000. This news only came recently as part of the Autumn Budget in Parliament, in November. Not only is the predicted to bring more first time buyers onto the market, but it’s expected to aid house price growth across the country.

Also in November was the announcement from the Bank of England that they would be raising their base rate from 0.25pc to 0.5pc, affecting current and future mortgages for many. This marked the first time in 10 years that the BoE had changed their base rate. You can read more about the rise in interest rates here.

More affordable housing to come in 2018

Also announced at the Autumn Budget was the plan to make affordable housing a priority in 2018. With a pledge of £44 billion, the government aims to build 300,000 new homes a year in England, as well as a further £400 million to improve existing properties and estates.

Property prices on the rise

Although there has been much uncertainty within the property market due to the snap election and Brexit, property prices across the country have actually risen more than expected with a 4.5% rise compared to the previous year. Also, the East of England is one the leading regions for property price growth across the country. The average property value in the UK is now approximately £226,000.

If you’re thinking of buying or selling, get in touch with Norfolk Property Online. We can be reached on 01603 300900 or by email: [email protected]