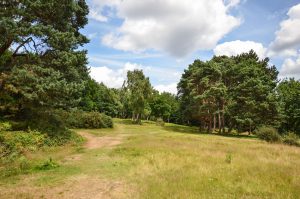 Mousehold Heath is an 184 acre area of heathland and woodland situated in the north of Norwich. Its vast land and varying wildlife are enjoyed by many who visit the area. Once 35km round during the Tudor period, Mousehold Heath has always been a notable piece of Norwich’s history and continues to benefit Norwich’s local residents even today.

The History of Mousehold Heath

The history of Mousehold Heath stretches back as far as 1144, when the body of a local boy, William of Norwich, was discovered on the heath. After his death, a story circulated that local Jews had used the boy for a human sacrifice in a ritual murder, and as a result of this accusation, William of Norwich was given the status of saint and martyr. It’s believed that this was the first medieval example of anti-Semitism and more specifically ‘blood libel’ in Europe. Soon after this, a chapel was erected where the body was found. The remains of which can still be seen on the northern edge of the heath today.
In 1549, the rebel leader Robert Kett camped on the heath for six weeks with his large group of followers, before their uprising was halted.

In 1880, the remaining area of the heath was given to Norwich City Council to care for on behalf of the citizens of Norwich. Four years later, the Mousehold Heath Conservators, an independent governing body for the heath, was formed with the intention of preserving and managing the area.
Up until the 1990s, Mousehold Heath was used by locals as an area to graze animals and collect bedding, feed, and fuel for the winter. However, these traditions gradually disappeared, and as a result, the open heath turned to woodland. 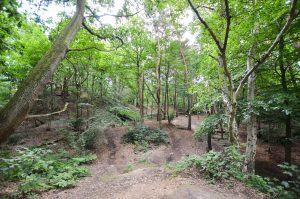 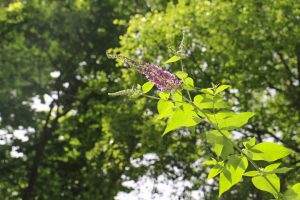 Today the heath is thriving with activity, from both the wildlife that lives there and the people who visit. Making their homes on the heath is a variety of insects and mammals including, birds, butterflies, lizards, frogs, grass snakes, muntjac, red foxes, and rabbits. The 184 acres of heathland also contains two football pitches, a pitch-and-putt golf course, and a Zak’s Restaurant. Off Britannia Road, St James’ Hill is famous for its cityscape views of Norwich and the Cathedral and is also a popular sledding destination during the winter months. 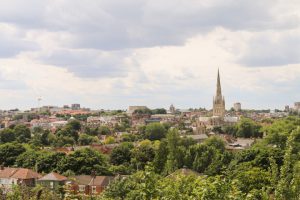 If you are interested in living near Mousehold Heath, we currently have a 5 bedroom terrace house for sale on Britannia Road.  This property has amazing views of both the heath and Norwich Cathedral. If you would like to know more about this property or would like to arrange a viewing, get in touch! We can be reached on 01603 300900, by email [email protected] or pop in and see us at De Vere House, St Faiths Lane, Norwich, NR1 1NE.